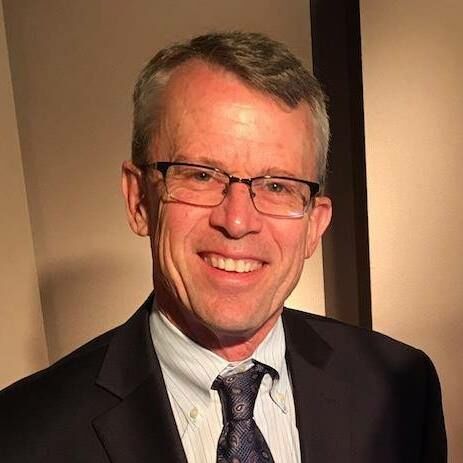 Henry G. Brinton became senior pastor of Fairfax Presbyterian Church in 2001, after serving Calvary Presbyterian Church in Alexandria, Virginia, and First United Church of Christ in Milford, Connecticut. After growing up in Bowie, Maryland, he was educated at Duke University and Yale Divinity School. In 1985, he married Nancy, who works as a health consultant, and together they have two adult children, Sadie and Sam. He is inspired by FPC’s goal of being an “uncommon Christian community,” and has always been drawn to the church’s signature Scripture verse, “my house shall be a house of prayer for all peoples” (Isaiah 56:7).

Henry has written on religion and culture for The New York Times, The Washington Post, USA Today, and Huffington Post. A frequent speaker at workshops and conferences, he is the author or co-author of six books, including The Welcoming Congregation: Roots and Fruits of Christian Hospitality and the mystery novel City of Peace. He also writes for the preaching journals Homiletics and Proclaim, and he contributes to the current events–based adult education curriculum The Wired Word. He enjoys boating on the Potomac River and competing in endurance sports such as marathons, triathlons, and century bike rides, one of which landed him in the hospital in 2015.

Henry is in the office on Monday, Tuesday, Thursday, and Friday. 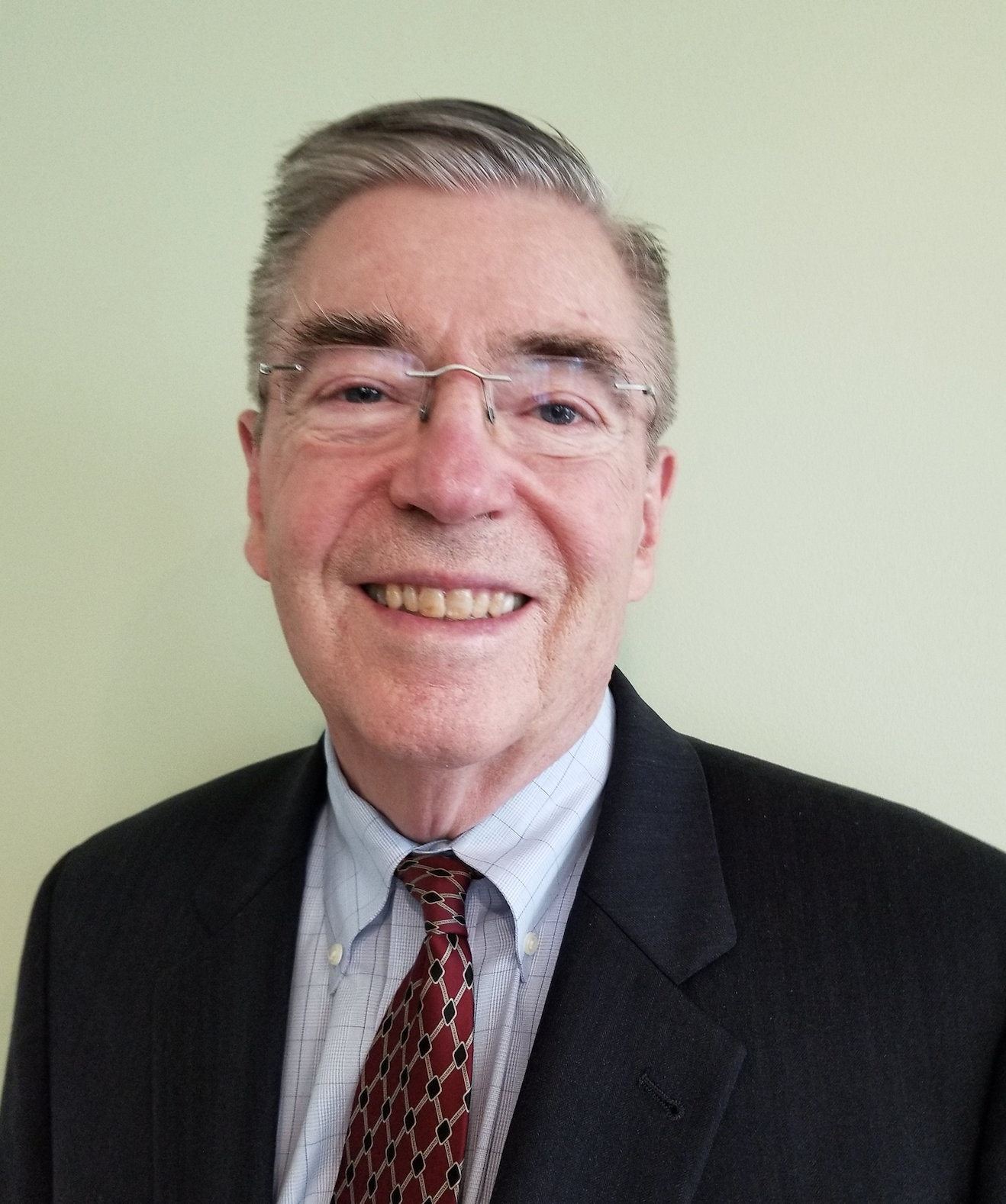 Jerry Hopkins has served 52 years in ministry and as a member of National Capital Presbytery (and its predecessors). He is a graduate of Princeton Theological Seminary. He has served as an assistant pastor at Rockville Presbyterian, as Executive Director of Community Ministry of Fairfax County (an advocacy ministry seeking to change public policy on affordable housing, criminal justice, and other neglected social issues), as Parish Associate at Fairfax Presbyterian (1980–88), as Parish Associate at Lewinsville Presbyterian, and again as a Parish Associate at Fairfax. Jerry is also a retired health insurance executive. In his retirement, he is an active volunteer as an advocate for affordable housing and has served on several boards advocating for long term care for adults with disabilities and frail elderly. He currently serves as staff for the Fairfax Presbyterian Affordable Housing Implementation Team and for National Capital Presbytery’s Affordable Housing Mission Network. 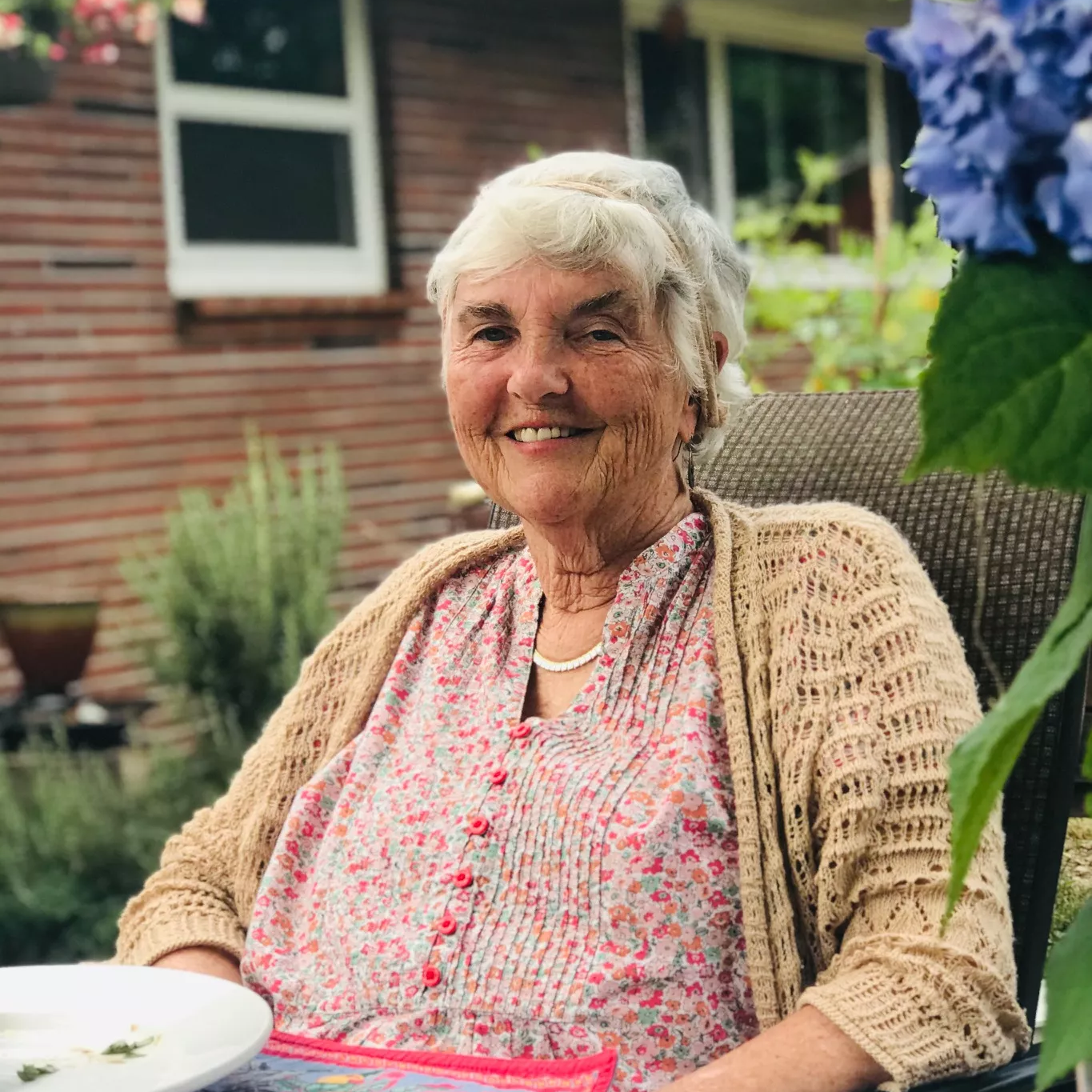 Kathleen graduated from the College of Mount St. Joseph (now University of Mount St. Joseph) with a BSN RN, and has worked in hospital settings for over 45 years. Six months after joining the Bound Brook Presbyterian Church she received a call to ministry and graduated from Princeton Theological Seminary and was ordained to the Ministry of Word and Sacrament in 1997. She worked for the Somerset Chaplaincy to The Elderly for 4 years, then worked as a chaplain for Presbyterian Homes and Services in Senior Affordable Housing for 15 years. She joined the Somerset Chaplaincy Board and was the President of the Board for three years. After ordination she was a member of the Presbytery of New Brunswick and served two six year terms on the Committee of  Preparation for Ministry, (CPM). She also served as a Parish Associate for the Dayton Presbyterian Church for 13 years and eventually returning to the Bound Brook Church before moving to Virginia. While at BBPC she assisted in worship, did some preaching, and served as a nurse on several mission trips to Appalachia (ASP). She is a member of the National Capital Presbytery and currently a member of a small group addressing the issue of racism. She is married to Michael and has 4 daughters and 8 grandchildren. 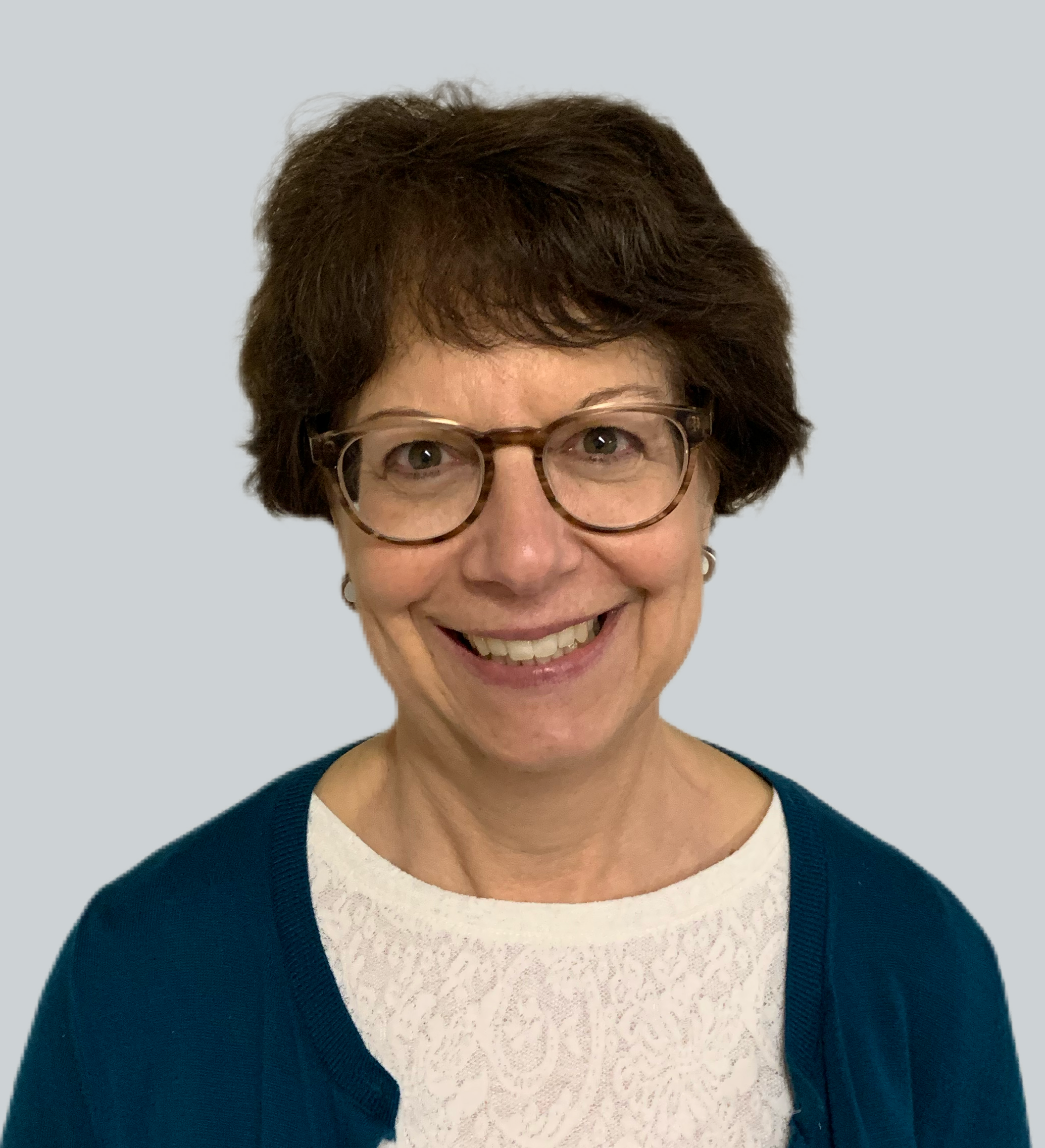 Susan Wisseman is delighted to return to FPC, where she previously served as a seminary intern and interim youth program manager. Susan holds a B.A. in English from the U.C. Santa Barbara, and her M. Div. from Wesley Theological Seminary (2005). She was a Preaching Fellow in the first cohort group at Virginia Theological Seminary. She most recently served as Associate Pastor at Grace Presbyterian Church in Springfield. Susan served as chair for the Worship and Theology Committee for National Capital Presbytery, and as the Eastern Region Connector for the Association of Presbyterian Christian Educators. Originally from the San Francisco Bay Area, she and her husband Stan moved to the Metro DC area in 1995 to get out of the rat race (really!). Susan and Stan are parents to three adult children—Sarah, Scott, and Amy—along with their dog Sadie and grand-cat Gummi.

Click here to learn more about our Music Ministry. 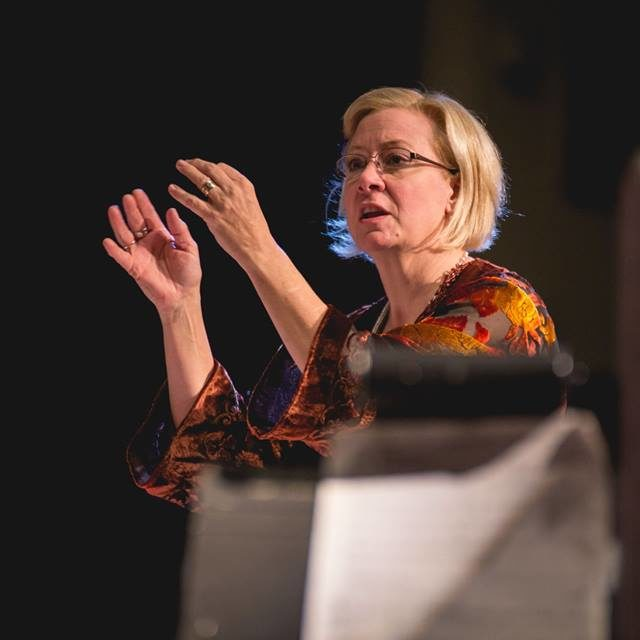 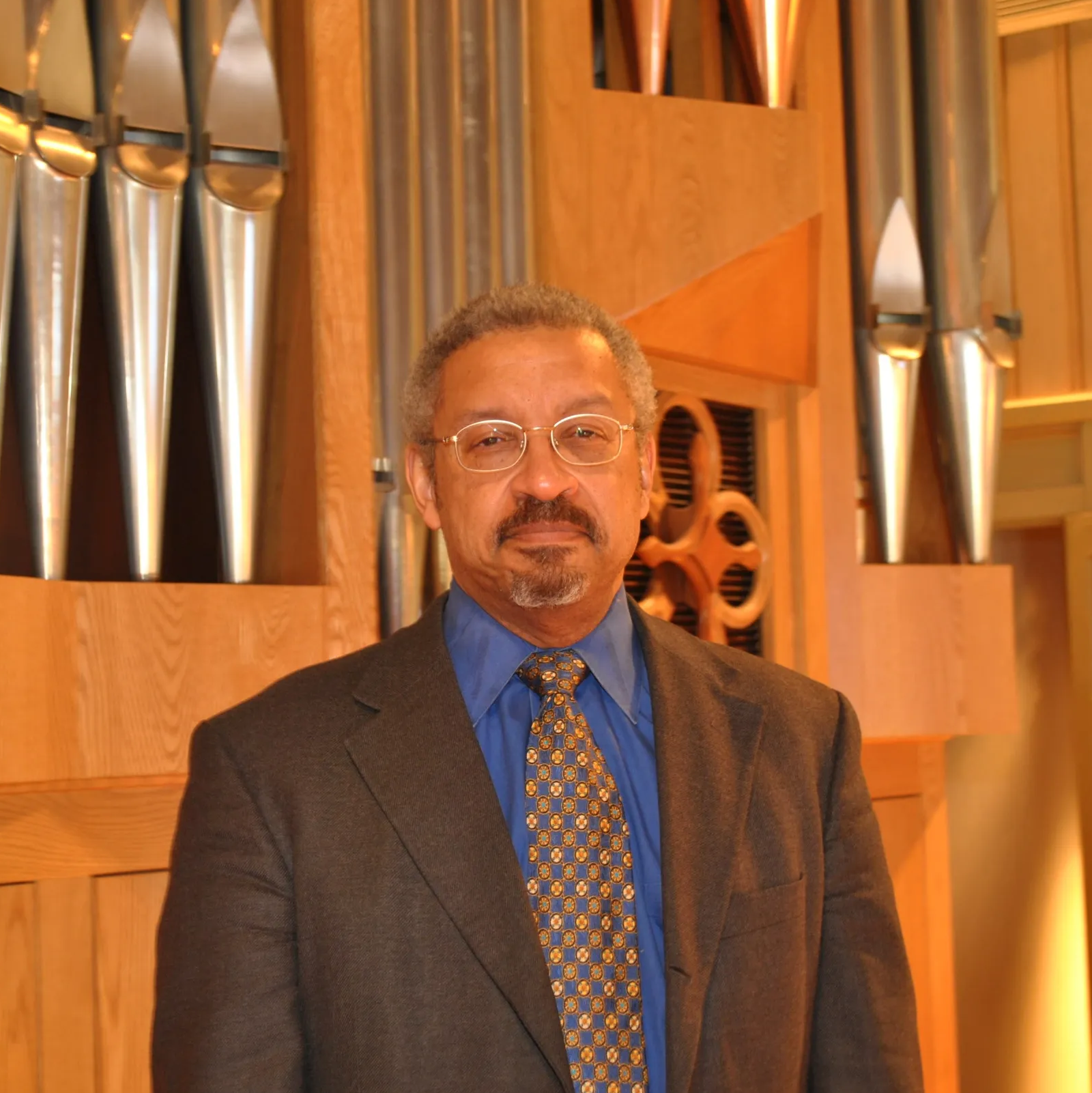 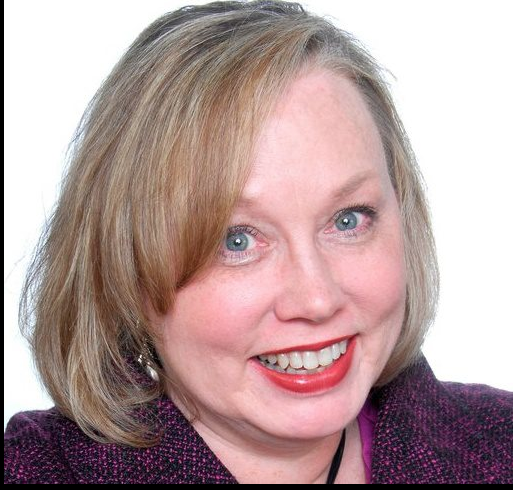 Michelle is a long-time member of FPC (she has attended here since she was 3), and has been an Elder as well as having participated in all Sunday School, mission work, youth programs back in the day, and thus has seen many changes here at FPC. She holds a B.S. in both Psychology and Sociology from James Madison University; a Paralegal Degree from University of Maryland; and a Masters of Legal Administration from Marymount University.  Her management background is in technology (internet and wireless) and in legal teams. She has worked in nonprofits, the Federal government, corporations and law firms—which utilized her skills, education and experience in a variety of financial, legal and management roles. She is very happy to serve the Church as Church Administrator. She is happiest with family, friends and her dogs (and other people's animals too). 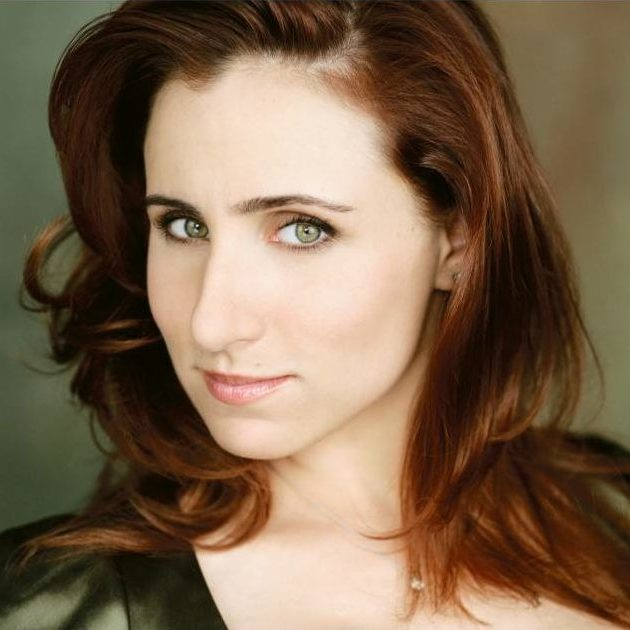 Erin manages our children's programs; she brings her high energy to relate to our young people all the way through high school. In addition, Erin provides leadership from the pulpit as part of her preparation for ministry. 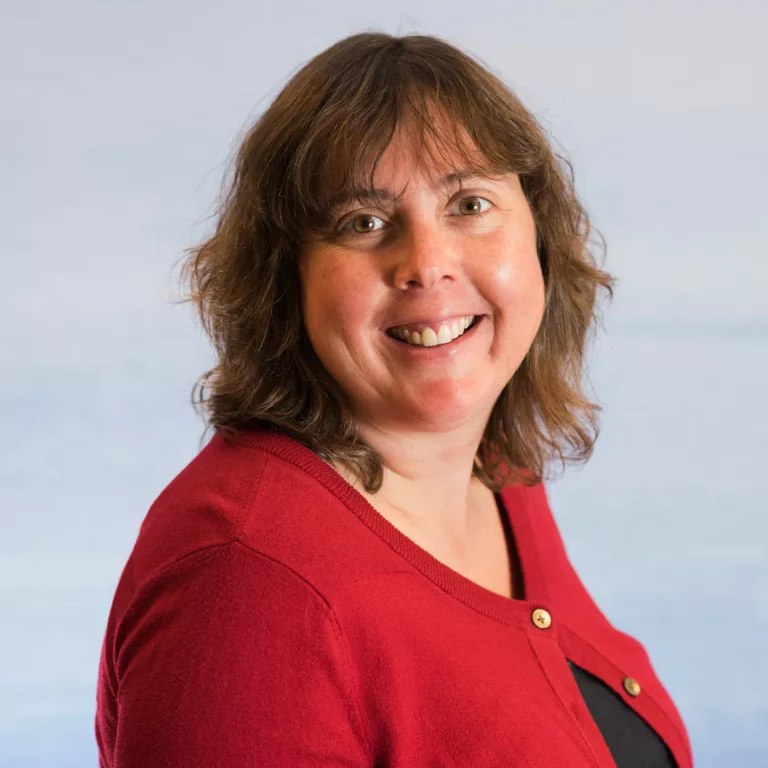 Jenny Minor holds a Bachelor’s degree in French (with a minor in Business Administration) and a Master’s degree in Education. Mrs. Minor taught middle school French in Oklahoma, ESL in the country of Morocco, and middle school History and Math in Alabama. She has also worked as the Church Business Manager for a large Lutheran Church in Missouri. Mrs. Minor and her husband have been married for 20 years, and have two beautiful daughters. Mrs. Minor is a proud Air Force Spouse who has happily followed her husband around the United States and Morocco. 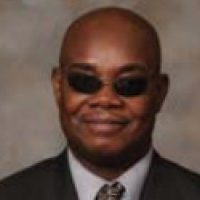 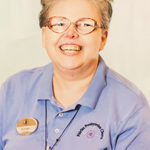